I had a bad feeling when we got to the sinkhole, and heard rushing water. While it wasn't as bad as the flood pictures in the Kiosk, it was up at least 6", and moving fast. Our biggest concern was the crawl under the big flowstone formation. It only has a foot of airspace normally, and with the water up at least 6", it may not be passable. Everyone wanted to try anyway, so we headed in.

The long entrance swim wasn't too bad, only took a few minutes longer than normal. We didn't start to notice much of a difference, until we got past the second breakdown room. After that, we could hear the water rushing most of the time. The worst parts were where the water was about 2' deep, and not too wide. It caused a pretty swift, and it was more difficult to move one foot in front of the other.

When we got to the crawl, I was beginning to have doubts about the trip. It didn't look like it had much airspace. The normal way I do low airspace, is on my back, feet first. That didn't work, due to the current. I has to swim head first, and couldn't see the best route. I did manage to get through, and could then light the way for the other guys. TJ managed to climb up the flowstone, and we sent the packs over the top.

The next big hassle was the waterfall. It was really gushing. We helped each other up, but I stayed until last, and forgot to pass my pack up, until it was too late. I had a heck of a time getting up. It took 3 tries, and two "dunkings" to get up. with this much water, there was a pretty strong hydraulic undertow in the plunge pool. I had to wait several minutes between attempts to catch my breath.

The sump isn't far past the waterfall, so I was still tired when I got there.

We had left tanks in a side passage, attached to a bolt. It was a good thing, because I am sure they would have been gone if they weren't tied down. The webbing holding them was frayed, and the valve protectors were gouged by rapidly moving water banging them against the rocks. Probably due to a flood a month or so earlier.

The original plan was to go past the sump, and survey for a couple of hours. I was so tired from the waterfall, I "whimped" out, and let someone else take my place on the survey team.

We generally go through sumps one at a time. It is safer than in pairs, because if the silts gets stirred up, you can't help a buddy anyway. The lead diver found the line was very loose, and didn't go all the way to air. He turned around and headed out. The other divers weren't far behind him, so there was some confusion as everyone exited.

Marbry didn't want to give up, and especially wanted to re-establish the line to the other side of the sump. He went back in and laid new line. TJ followed and removed the old, loose line. They managed to get through, and TJ went back for a camera to get more pictures from the far side. They came out pretty dark, so hopefully with a little PhotoShop work, we can post some in a couple of days.

FWIW, going out was much easier :)

We managed to get all the tanks out, since they needed refilling after all the line repair. 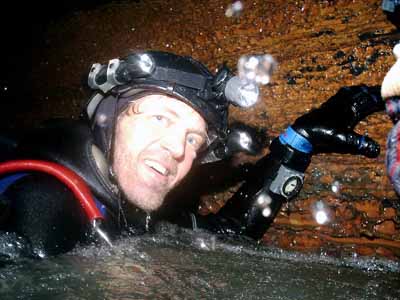 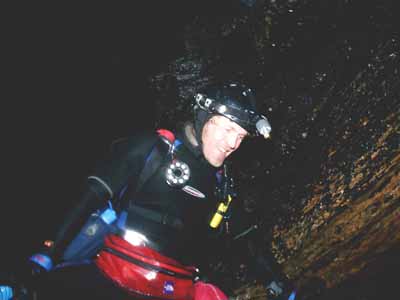 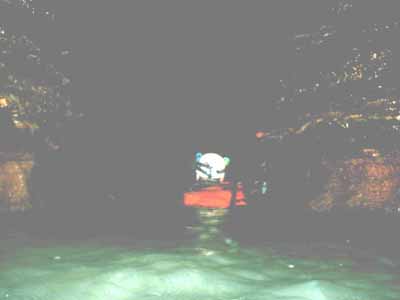 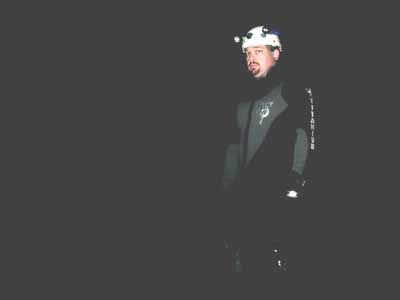 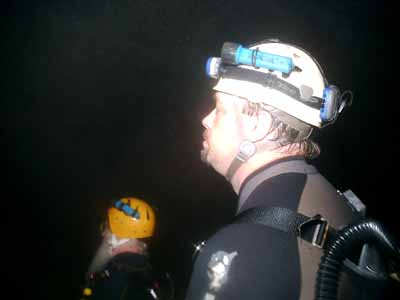 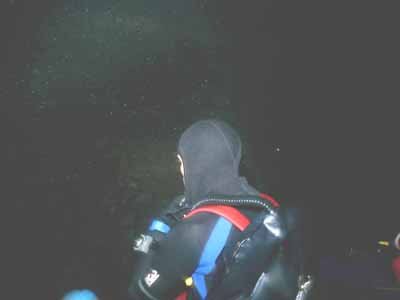 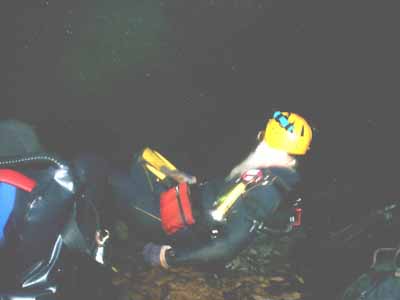 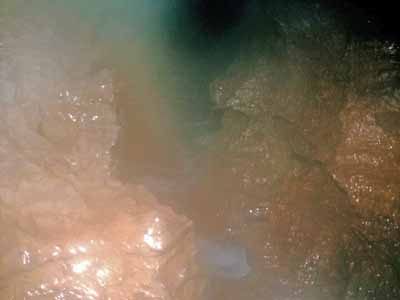 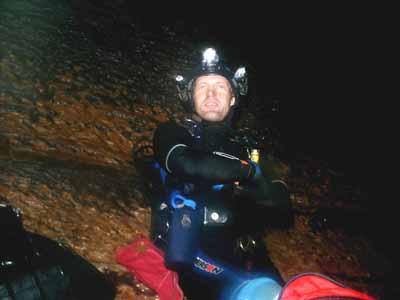 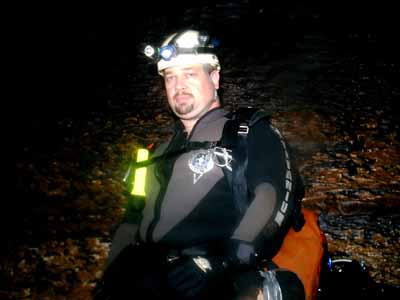 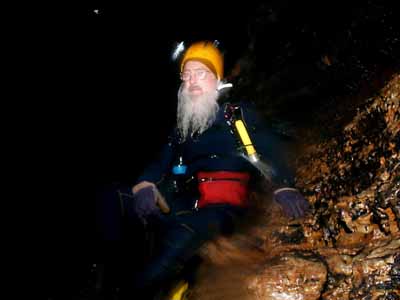 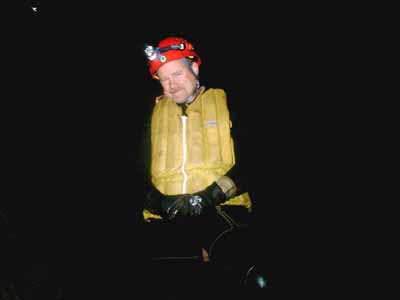 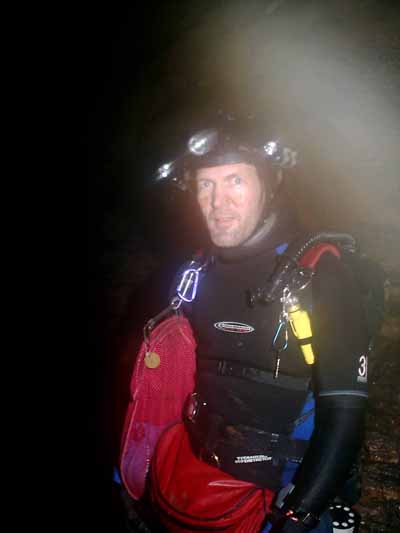 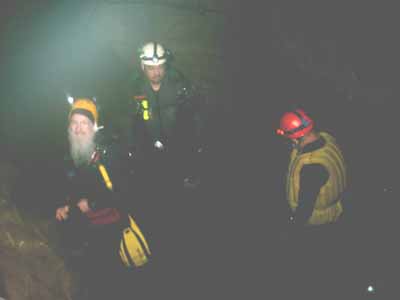 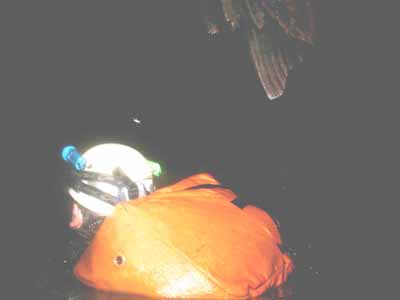 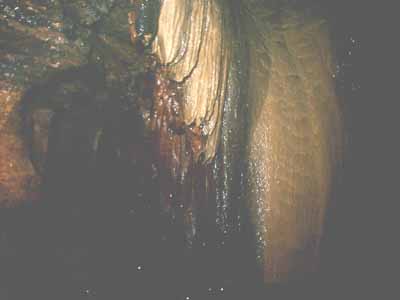