My useless grotto bailed on me, and went downstream, so we had to cut back on the plan somewhat.

We didn't need 6 divers, so I stayed with Chad at the first sump.

The first "near sump" had more than 8" of airspace. We think the water was down at least 6". Brian's line was still intact from the January 2008 trip. The second sump was just around a corner, and about 100' beyond the end of Brian's line. Mike did the push. He laid about 400' of line past Brian's line. He went through about 3 sumps, and several low airspaces. He also reported a couple of dome rooms. His drysuit sprung a leak, so he turned back with line still left on his reel. I was glad he did turn back, after what happened to Roberta Swicegood. Mike did get a survey of the line he placed, and part of Brian's line.

Agnes pushed the left side lead at the junction room, but didn't survey. It didn't go far, and got low and tight. She is a pretty ambitious crawler, so I assume there isn't much left in there to push. 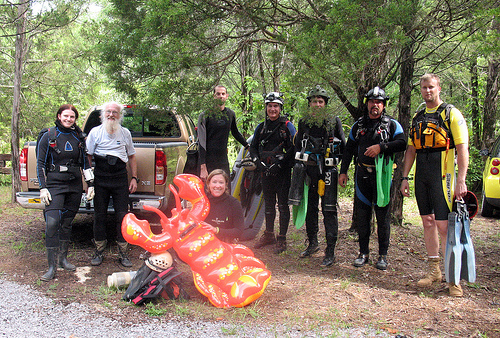 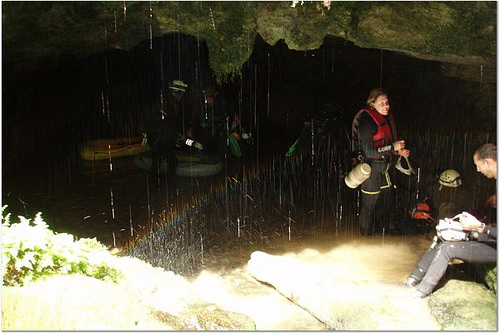 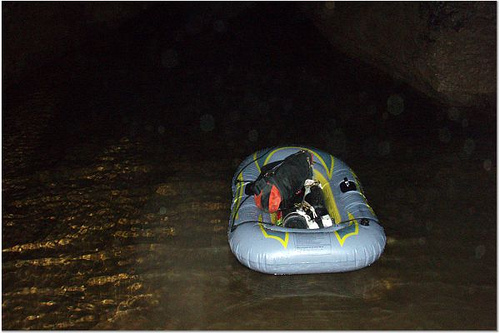